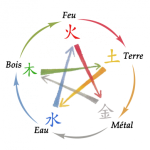 Saturday, June 22, 2013 at Manor Vaumadeuc, Beatrice Lemaitre, a specialist in Chinese medicine had a workshop on harmony Temple Family . Beautiful and strong participation felt in the late afternoon. Also, given the demand, it was decided to renew the workshop on July 26 at the manoir of Vaumadeuc 09h00 to 6:00 p.m.. 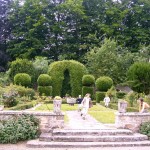 Sunday, February 3, 2013 at 15:00 Vaumadeuc the mansion, our talents and Lucie Miller Simon Ogier interpret F.Schubert, F. Liszt, E.Ysaïe, C.Debussy.
the public was enthousiast with these young talents who are on the right way for a successfull future 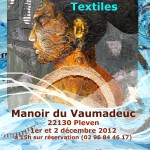 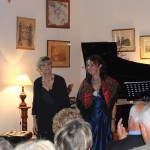 Concert at the mansion with Helen Vaumadeuc Porcher, and pianist Christine Joucla, Soprano.

The public and friends Vaumadeuc were unanimous as to the quality of this concert. Programming of Carol O’Neill was, as always, a success thanks to the excellence of her intuition. hélène Porcher and Christine Joucla have interpreted Chopin, Grieg, Tchaikovsky, Rachmaninov, Rimsky-Korsakov, Mussorgsky, Alabiev

Christine Joucla: Soprano After studying violin and singing at the Conservatory of Rennes, Christine Joucla graduated Singing at the Conservatory of Bayonne in 1984 and forms with Agnes Brosset Conservatory of Vannes Pontivy where she obtained a degree in Vocal Technique as Coloratura in 1995. Along with a career English teacher, she given several recitals in the area (including the recital « Coloratura » in 2000 and the show « Coloratura, Love and Dreams » in 2010), and sang in various choirs and opera. Helen Porcher: Piano After studying and obtaining his prize in piano at CNR Versailles,

Hélène Porcher : studied Harmony and Scripture in Paris. She worked with Jean-Claude Pennetier for preparation of concerts with Elizabeth Sombart in Switzerland interpretation as well as Maurice Martenot in pedagogy. it gave many concerts and recitals in France and abroad and lives Now in Britain for four years where she teaches piano and continues to perform recitals in concert with Grieg / Chopin 2011. 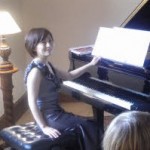 This is a sensitive, professional and very high sensitivity that musicians, Mika Tanaka and Velleda Miragias, have conquered the heart of their audience Sunday at the manor Vaumadeuc. Since 2007, the two women form the duo Sienna and traveled Europe and the United States, recital recital. Velleda Miragias (cellist born in Paris, co-soloist with the Philharmonic, Boston) and Mika Tanaka (pianist born in Tokyo, master’s degree from the European Conservatory of Music in Paris) have interpreted the Ernest Chausson (piece for cello and piano), John French (extract of six pieces for piano and cello, serenade and perpetual motion), Claude Debussy (sonata for cello and piano and piano suite), Beethoven (sonata for cello and piano opus 5 n ° 2 in G minor) and a composition Mika Tanaka, « cloud of sadness. » Ovationnées, acclaim, both women have charmed the audience excited. 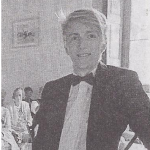 The great  pianist David Meakin, author of a successful recital in 2011 at Vaumadeuc, chose this year to present to a young British talent for 19 years, Danny Wallington, for his first recital on French soil. Many listeners have warmly welcomed the artist, Saturday night and Sunday afternoon, in the intimate concert he gave in the upper room of the manor Its eclectic program and its interpretation as fine as generous serving of Bach, Haydn, Scriabin, Liszt, Chopin and Debussy have raised the cheers of the musical public.
(Ouest France 03rd July 2012) 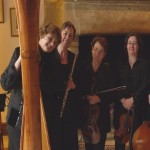 concert at the manor Vaumadeuc has delighted many music lovers present, fond of works imbued with the atmosphere Bretonne and the hall was packed to hear the instrumental quintet Joseph-Guy Ropartz (named after the composer born in Guingamp in the 19th century). For 25 years, Maryse Fruleux (Flute), Claire Le Hir (harp), Myriam Duault (viola) joined later by Sonia Massiot (violin) and Anne Marie Vanheule (cello) occur throughout France and Vaumadeuc public by their  talents … http://quintette ropartz.weebly.com /